Order of the Golden Lion

This order is for members of The Royal Manticoran Navy: The Official Honor Harrington Fan Association, Inc. (TRMN) that serve the Civilian Corps, or one of the civilian academies. Members of the House of Commons and the House of Lords may also receive this order. Membership is primarily for civilians in government service, but it can be awarded to military personnel that meet qualifications. The Monarch, through the First Lord of the Admiralty or the Home Secretary, accepts members into the Order based on the advice of senior staff. This Order is awarded for various levels of achievement and merit in the civil service of the Star Kingdom.

There are eight awardable classes, with the top four entitled to the prefix “Sir” or “Dame”.

The classes, with their post-nominal letters:

The highest class, Knight Grand Commander (GDGL) is reserved for the Monarch and therefore not awarded.

The Order is not hereditary, meaning that the induction of any member into this order is valid only for the lifetime of that member.

For each subsequent award, the member moves up one class. An individual may hold only one class of the order at any time. 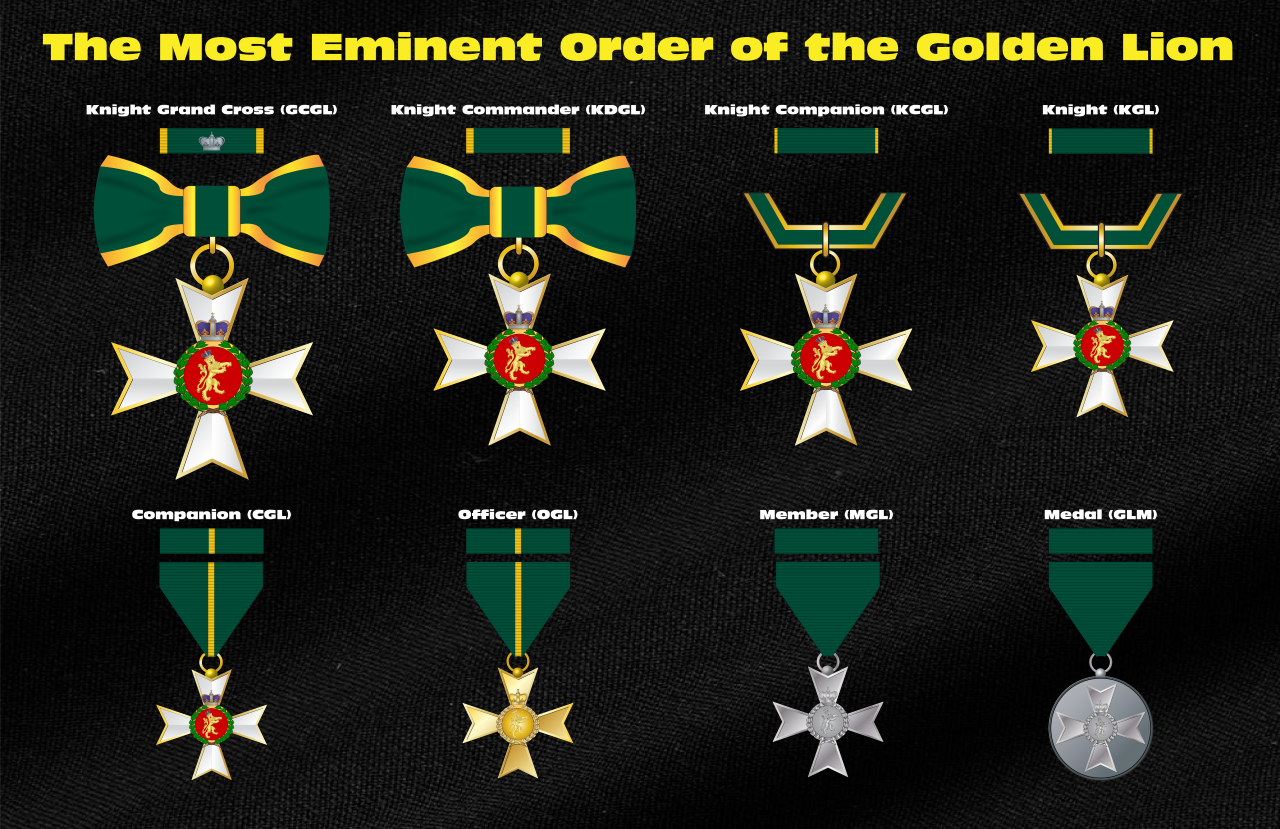