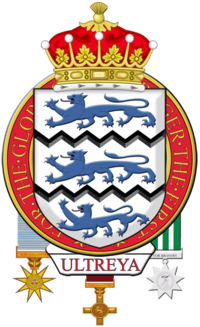 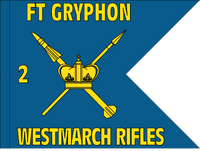 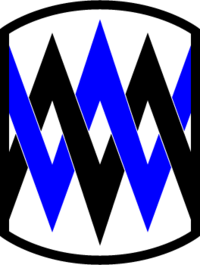 The regimental shoulder insignia is based on the arms of the duke, using the same colors and interlaced bars forming a W and M and representing the two main mountain ranges of the region.

The duchy's administrative center and primary city is Arcadia. Located in Arcadia is the Magistry Building, which houses the chamber of the Westmarch Assembly (local parliament), and district branch of the Shareholder's Court and Magister's Bench, as well as the executive offices of the regional government. The Duchy Executive Council is headed by the duke as governor of the district.

The Westmarch Holdings LLC Board of Directors administers ducal assets and holdings, and is chaired by the duke. Among the subsidiary businesses are:

The Duchy of Westmarch Land Trust manages lands that the dukes over the years have set aside out of their holdings for conservation and public good. Mostly wilderness, these lands include several Duchy Parks, and continuous walker right-of-way over several hundred kilometers of the Westmarch Way.

The personal land holdings of the dukedom include the family seat of Palisade House, as well as considerable commercial real estate interests in the city and land throughout the duchy. The duke's Landing residence is the penthouse of "Westmarch Tower," a bayfront pre-counter-grav tower (since updated with counter-grav) in the Colonial District.