Deprecated: The each() function is deprecated. This message will be suppressed on further calls in /usr/home/vhosts/talbottfleet.org/wiki/includes/MagicWordArray.php on line 197
 Difference between revisions of "High Admiral" - TRMN

Difference between revisions of "High Admiral"

High Admiral (abbrev: HADM) is an flag paygrade within the Grayson Space Navy. It holds the equivalent military paygrade of F-5 and is the leader of the GSN. A high admiral is referred to as "admiral" or "high admiral." 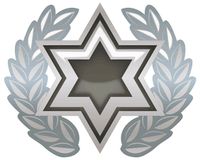 Badge of the Office of the High Admiral, GSN

In peacetime, a High Admiral would have served as an Admiral, approved by the Conclave of Steadholders, and confirmed by the Navy Minister and the Protector.[1]

The High Admiral of the Grayson Space Navy is the Vice President of The Royal Manticoran Navy: The Official Honor Harrington Fan Association, Inc. and a Member of the Board. For the work they do, this person is awarded the rank of High Admiral.

Unfortunately, Kiry developed a chronic health condition and had to step down. She was awarded the first Steadholder title in thanks for her four years of service, although this senior status was later lost. Nicholas Hurst took over as High Admiral in 2012 and worked to find ways to increase participation within the correspondence chapters. He developed a computer processed baseball league, where he had ships playing against each other, and encouraged the use of online games as qualifiers for marksmanship awards. Unfortunately, real life intervened for him as well, and he stepped down from the head spot, although he maintained the baseball league. Eventually, Hurst built the first Grayson meeting chapters in America.

From the beginning of 2014, Tom Saidak was the High Admiral. After three years of service, he was also awarded the title of Steadholder. He continued to expand the fleet and tend to the needs of the GSN. He also expanded the number of meeting chapters that existed, before that distinction was removed by TRMN leadership. As all chapters are now the same, whether meeting or not that distinction ceased to matter. He also appointed the first independent commander of 4th Fleet, up until this point Fourth Fleet CO had also been the High Admiral as it was assumed it was made up of all Grayson Ships. As Grayson ships started to be assigned to other fleets the position changed and so Fourth Fleet was given it's own area, the UK and Eire. As a grandfather clause ships that were previously assigned to Fourth fleet could continue to do so.

In January 2018, Steadholder Henesey stepped down, and was replaced by the incumbent Chief of Operations, David Melsome, Steadholder Maelstrom. David has worked hard to increase participation of the GSN in every aspect of tRMN and has set up the Comptrollers office to help raise funds for Grayson causes.

Unfortunately due to health issues Steadholder Maelstrom had to step down and was succeeded by then-CAPT Angela Sanders in May of 2018.