Order of the Star Kingdom

From TRMN
(Redirected from OSK)
Jump to: navigation, search

Within The Royal Manticoran Navy: The Official Honor Harrington Fan Association, Inc., appointment to the Order of the Star Kingdom is awarded to recognize extraordinary and pre-eminent achievement or merit in service to the Honorverse or TRMN at large. Those awarded this order are permitted to use the prefix ‘Sir’ or ‘Dame’ and the post nominal letters of ‘KSK’. This order comes in only one class, Knight, and is hereditary (can be passed to the eldest offspring upon the death of the knight).[2]

The Order of the Star Kingdom was first awarded 3 August 2013 at Shore Leave 35 in Hunt Valley, MD. At the end of the TRMN Annual General Meeting, an investiture ceremony was held in which David Weber and Martin Lessem were each in turn invested with a blue velvet mantle embroidered with the star of the order and then were dubbed with a sword. The sword used was of Grayson design and had been custom made for presentation to Weber. Lady Sharon Rice-Weber, then-Duchess of Leutzen Vale, stood in for the sovereign and dubbed David Weber. David Weber then dubbed Lessem. 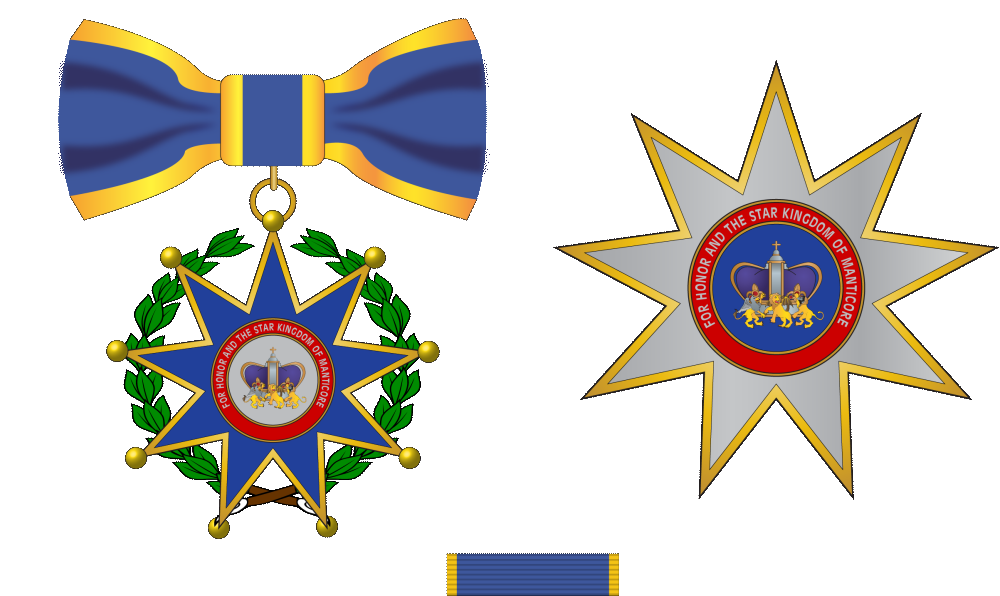 Companions of the Order