Deprecated: The each() function is deprecated. This message will be suppressed on further calls in /usr/home/vhosts/talbottfleet.org/wiki/includes/MagicWordArray.php on line 197
 Order of King Roger - TRMN

This Order is reserved for military personnel and civilians in government work only. The Monarch, through the First Lord of the Admiralty, accepts members into the order based on the advice of the Royal Council. This order is awarded for inspirational service and leadership. There are eight awardable classes, with the top four entitled to the prefix 'Sir' or 'Dame'.

The eight awardable classes in descending rank (with post-nominal letters in parentheses) are:

The highest class, Knight Grand Commander (GDR) is reserved for the Monarch and therefore not awarded.

This order is not hereditary, meaning that the induction of any member into this order is valid only for the lifetime of that member.

For each subsequent award, the member moves up one class.[6] One may hold only one class of the order at any time.

For the various OKR Honors, the following ribbons are used: 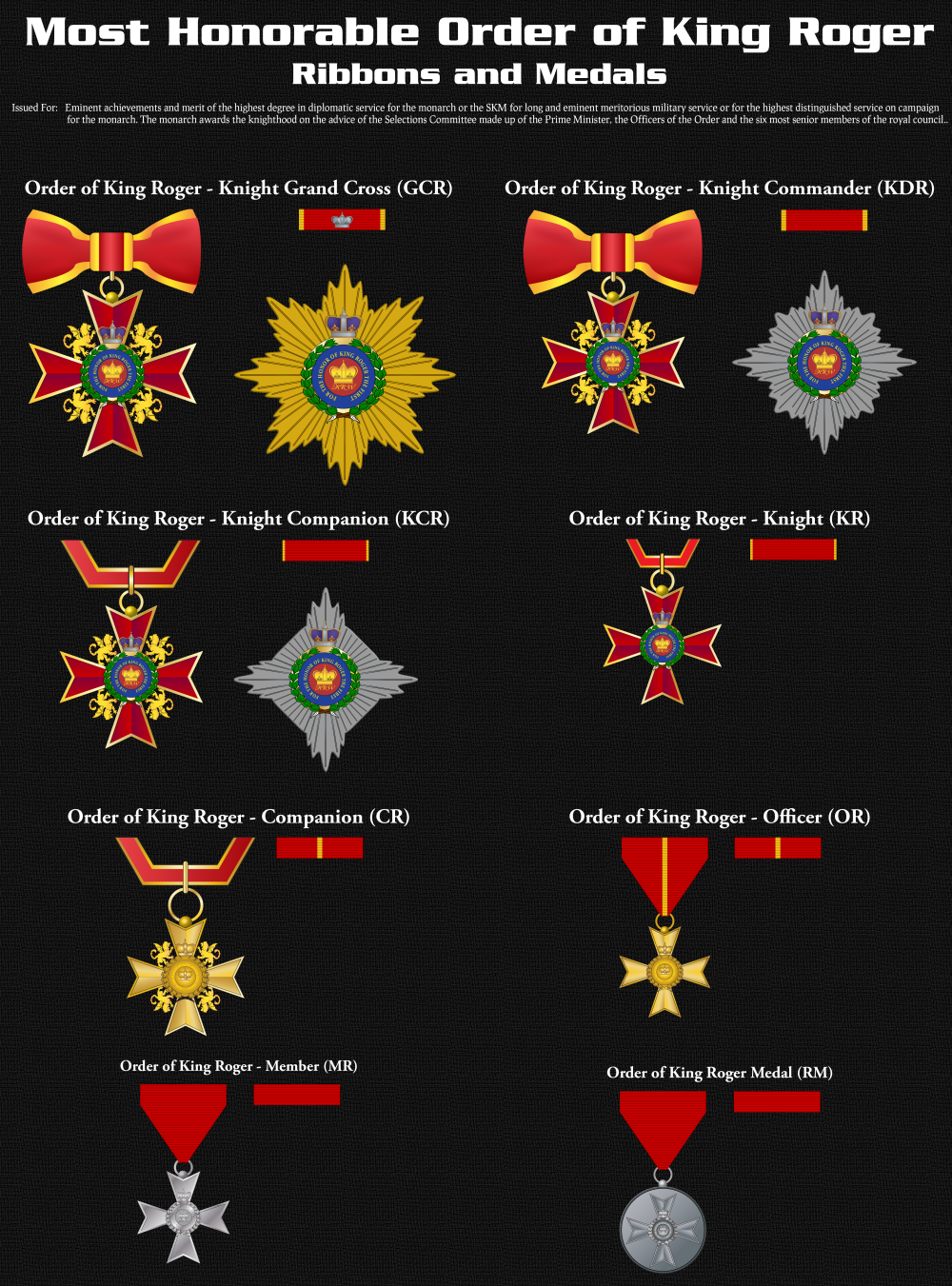