Deprecated: The each() function is deprecated. This message will be suppressed on further calls in /usr/home/vhosts/talbottfleet.org/wiki/includes/MagicWordArray.php on line 197
 Difference between revisions of "Grays Harbor" - TRMN

Difference between revisions of "Grays Harbor" 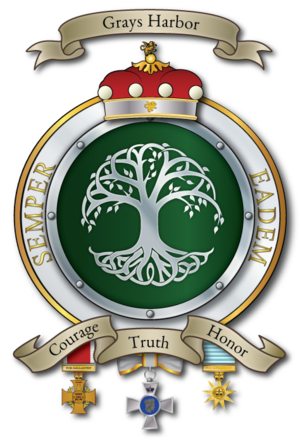 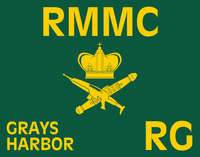 Located in a remote area of Manticore, the Barony of Gray's Harbor is a small, densely wooded territory surrounding a small harbor. The once small fishing village is now occupied by a luxury resort, which is it's main source of income. The baron's residence, Sølvdelfin, lies on a bluff overlooking the harbor.

The baron is the honorary commanding officer of the 104th RMMC Rifle Regiment, the Grays Harbor Regiment, a small RMMC regiment drawn from personnel from throughout the barony.